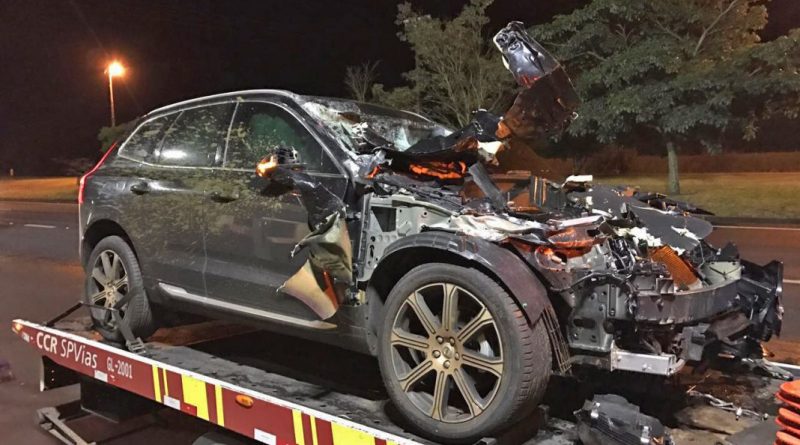 Here’s a fresh “Volvo Saved My Life” story from Brazil: a new Volvo customer in a brand new XC60 rounded a corner, and two cows suddenly appeared in his headlights. The Large Animal Detection system slowed the car down, but a severe colli.sion was unavoidable. Luckily, the driver could walk out of the car unharmed.

When the police arrived at the scene they did not believe that the gentleman who called in the wreck and met them at the scene was the same person who drove the car. The officers had assumed the driver must have been kil.led!

His Volvo definitely helped save his life- and the driver appreciated it. Afterwards, he returned the favor by deciding to buy two all-new 2018 Volvo XC60 crossovers. The first one to replace the car he cra.shed (of course), and a second one for his father.

Volvo S60 crashed with 190km/h and saved the life