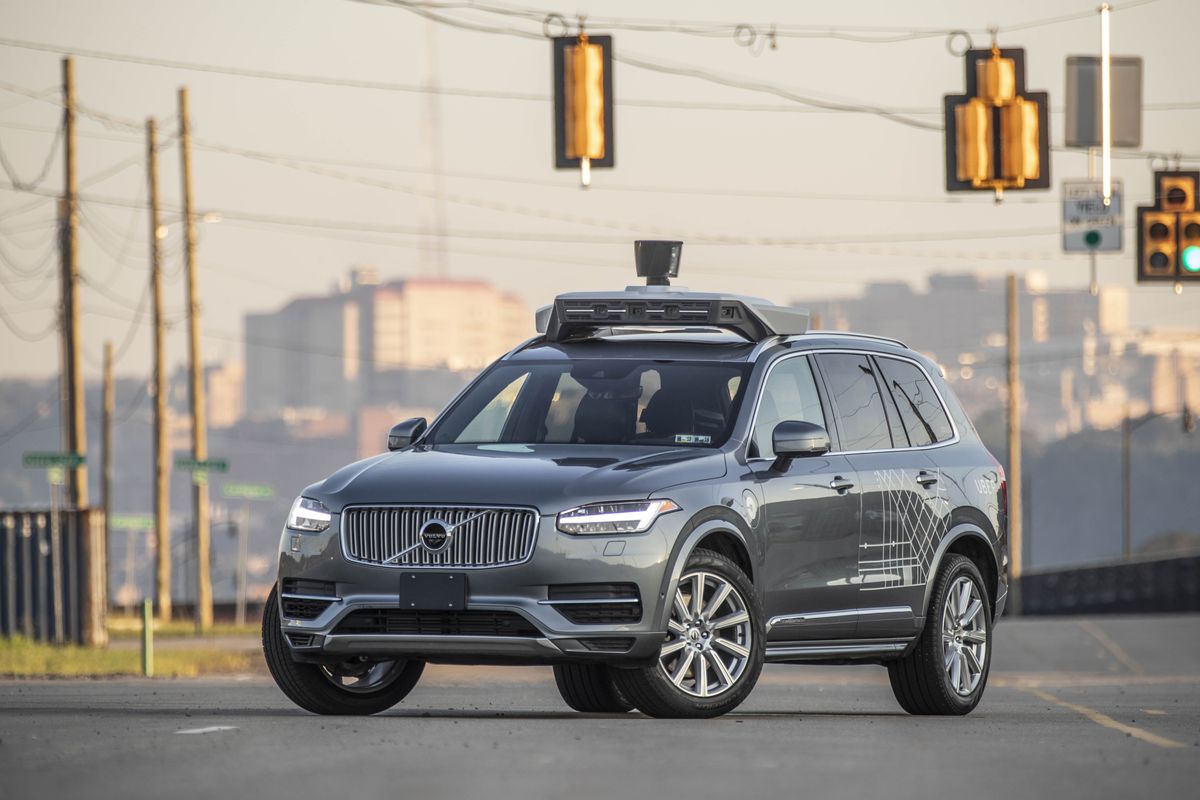 One of Uber’s self-driving Volvo XC90 SUVs that the company is testing in Arizona crashed in Tempe on Friday evening, the San Francisco-based tech giant confirmed in a statement given to Bloomberg. The confirmation followed shortly after Fresco News shared two images of Uber’s experimental vehicle on its side, immediately next to another smashed car. The company has yet to clarify whether anyone was injured in the crash and whether the totaled vehicle was carrying passengers as Uber’s XC90 SUVs already started picking up riders in February. Likewise, it’s currently unclear who’s at fault for the accident, but more information on the matter will likely follow in the coming days. Both images depicting the aftermath of the crash can be seen below and both suggest that the incident was relatively serious, at least compared to other known traffic accidents involving autonomous vehicles like when Google’s driverless car hit a bus in early 2016.

Alphabet’s self-driving unit Waymo hasn’t recorded a crash of this severity ever since it started testing its prototypes on public roads in 2015. The incident outlined above marks yet another issue for Uber’s autonomous driving endeavors that have recently been inhibited by a number of scandals and legal issues. Several weeks ago, Waymo filed a lawsuit against the San Francisco-based ride-hailing company, alleging that Uber stole some of its protected trade secrets including LiDAR designs and claiming that it otherwise wouldn’t be able to catch up with contemporary self-driving technologies. Furthermore, Uber’s Chief Executive Officer Travis Kalanick was recently recorded arguing with his own driver over the firm’s poor treatment of drivers that it still doesn’t want to categorize as employees. Shortly after, the tech giant lost its Vice President of Mapping Amit Singhal who was previously accused of sexual harassment, as well as its President Jeff Jones who left of his own volition following numerous controversies the company ended up being involved in. Uber is currently trying to resolve some of the many issues troubling it by appointing its first Chief Operating Officer ever who’s meant to help Kalanick lead the company. While it remains to be seen whether the privately owned tech giant manages to bounce back from its latest set of scandals, more details regarding its efforts to do so are bound to emerge shortly.